The air and the particles travel into your respiratory system (your lungs and airway).

OTHERS FACTORS THAT CAN AFFECT HOW 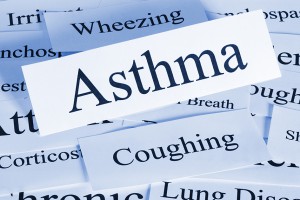 DEEP INTO THE LUNGS PARTICLES GO:

Your body responds to the particulate invasion! – Along the way the particles can stick to the sides of the airway or travel deeper into the lungs. The farther particles go, the worse the effect.

Our lungs produce mucous to trap the particles, and tiny hairs wiggle to move the mucous and particles out of the lung. You may notice something in the back of your throat (this is the mucous); the mucous leaves the airway by coughing or swallowing. If the particle is small and it gets very far into the lungs, special cells in the lung trap the particles and then they can’t get out and this can result in lung disease, emphysema, lung cancer.

Particulate matter (PM10 and PM2.5) is a complex mixture of non-gaseous particles of varied physical and chemical composition. It is categorised by the size of the particle (for example PM10 are particles with a diameter of less than 10 microns (μm)).

Most PM emissions in London are caused by road traffic. In Central London this is as much as 80(%), with exhaust emission and wear, tyre and brake wear and dust from road surfaces being the main sources.

Construction sites, with high volumes of dust and emissions from machinery are also major sources of local PM pollution, along with accidental fires and burning of waste. However, a large proportion of PM originates outside of London (between 40 – 55%) and includes particulates from natural sources, such as sea salt, forest fires and Saharan dust, as well as from sources outside London caused by human activity.

Similarly London also exports PM to other parts if the UK and Europe. Small particles tend to be long-lived in the atmosphere and can be transported great distances (PM2.5 can reach London from sources such as the Sahara up to 8,000 km away).

Both PM10 (big) and PM2.5 (small) particles can cause health problems; specifically respiratory health (that’s the lungs and airway). Because the PM2.5 travels deeper into the lungs AND because the PM2.5 is made up things that are more toxic (like heavy metals and cancer causing organic compounds), PM2.5 can have worse health effects than the bigger PM10.

Exposure to particulate matter leads to increased use of medication and more visits to the doctor or emergency room. Health effects include the following:

This website uses cookies so that we can provide you with the best user experience possible. Cookie information is stored in your browser and performs functions such as recognising you when you return to our website and helping our team to understand which sections of the website you find most interesting and useful.

These cookies should be enabled to ensure your experience is not hindered. Some key features will not function properly without these cookies. For these cookies which are strictly necessary for some purposes and which do not collect personally identifiable information, there is no control switch, but you can always disable these in your browser's settings

This website uses Google Analytics to collect information such as the number of visitors to the site, and the most popular pages. Keeping these cookies enabled helps to improve the website by determining things like: what pages get the most attention.