What is air pollution

AIR POLLUTION OCCURS WHEN CHEMICALS, PARTICULATES AND GASES
ARE INTRODUCED INTO THE ATMOSPHERE

Any additional gas, particles or odours that are introduced into the air to distort the atmosphere and cause harm can be called air pollution. 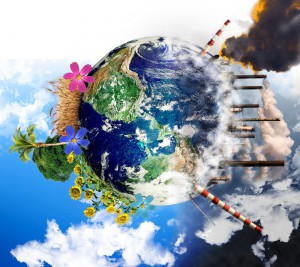 Things that pollute the air  (either by nature or human activity) are called pollutants. A pollutant can be natural or man-made and are harmful to humans, animals and the environment. There are two main types and these are classified as Primary or Secondary.

These are gases or particles that are blown into the air. Historically, the main air pollution problem has typically been high levels of smoke and sulphur dioxide emitted following the combustion of sulphur-containing fossil fuels such as coal, used for domestic and industrial purposes. These days, the pollutant of most particular concern is carbon monoxide that comes from motor vehicle traffic.

These are just as harmful as primary pollutions and are not emitted directly; they form in the atmosphere when primary pollutants join together in a chemical reaction.

AIR POLLUTION IN THE UK

Information taken from the latest Defra annual report; Air Pollution in the UK 2012, shows the environmental legislation introduced over the last 50 years has made a positive impact and many recognised pollutants levels have reduced significantly, meaning they are now at their lowest since the measurements began.

However, although the 1950’s ‘city smog’ caused by domestic and industrial coal burning, has now gone, air pollution in many urban areas still remains a problem in the UK.

Air pollution is also causing damage to plants and animals. This is affecting biodiversity and crop yields. There are currently a number of research projects been conducting by Defra to investigate the effects of air pollution on vegetation and ecosystems.

To see the annual report and projects in more detail, please click on the links below to be re-directed to the relevant Defra page:

Click on the Causes of air pollution page to understand primary & secondary pollutants in more detail.
About Air Quality
News

This website uses cookies so that we can provide you with the best user experience possible. Cookie information is stored in your browser and performs functions such as recognising you when you return to our website and helping our team to understand which sections of the website you find most interesting and useful.

These cookies should be enabled to ensure your experience is not hindered. Some key features will not function properly without these cookies. For these cookies which are strictly necessary for some purposes and which do not collect personally identifiable information, there is no control switch, but you can always disable these in your browser's settings

This website uses Google Analytics to collect information such as the number of visitors to the site, and the most popular pages. Keeping these cookies enabled helps to improve the website by determining things like: what pages get the most attention.